I grew up on Long Island in New York in the small town of Commack. Long Island is actually a peninsula (as of 1985, that’s what the Supreme Court said it was) but it’s definitely long (about 118 miles). It would never be called Wide Island, because it’s only about 23 or so miles across at its widest point.

I’ve always been a big fan of animals, so I’m very pleased to have grown up to write books about them.

Here I am at about age 2 with my friend Dino, an inflatable dinosaur that my dad acquired at the local Sinclair gas station. Dinosaurs were my first love. I was perpetually worried about Dino, because I knew dinosaurs were extinct and feared that planes flying overhead would see him and drop bombs on him. However, poor Dino met his end as do most inflatable toys…he sprang a leak. I would have kept his sad, deflated body, but he was thrown out before I  knew what happened to him.

My next obsession after dinosaurs was horses. Above is 14-year-old me riding High Step, a school horse at the Stony Hill Riding Academy on Long Island . What patience that poor horse had. Why are my feet sticking out sideways in the stirrups? I have no idea. 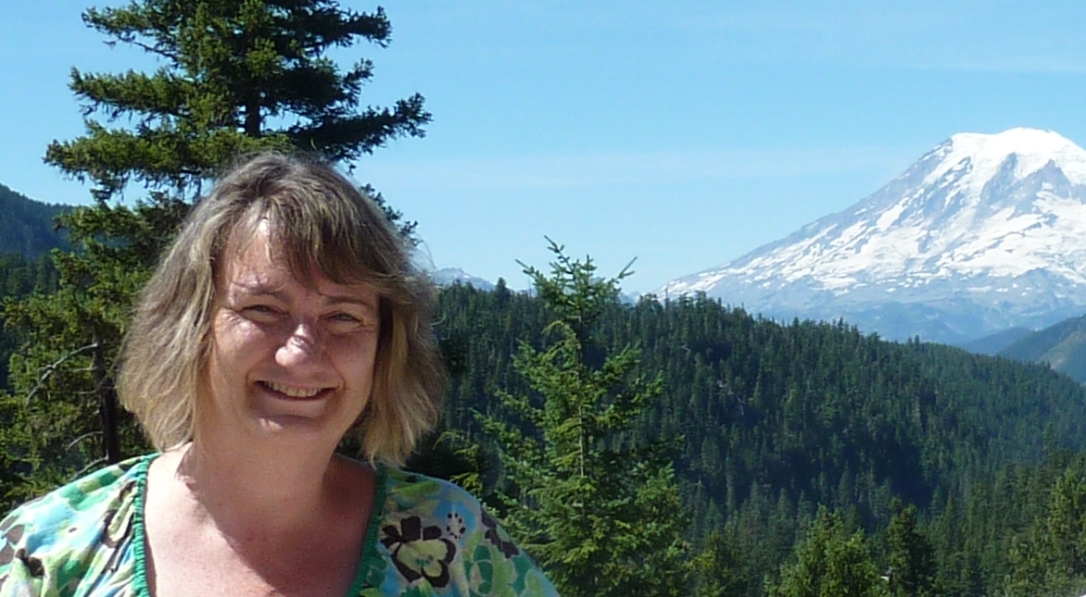 Here I am with an elk. You can’t see the elk. It’s somewhere in the forested land around Mount Rainier behind me. You’ll just have to take my word for it.